Which places are non-smoking?

To smoke or not to smoke? Everyone decides for himself. However, you should be aware that there are places where smoking is prohibited under current legislation.

The prevalence of the habit leads to the fact that adolescents begin to smoke already at the age of 11-12 years. What can this lead to? Even pregnant and lactating mothers do not deny themselves addiction. Parents smoke inside their apartments, on balconies, without even thinking about the fact that they are shortening not only their lives, but also the lives of their children.

The main idea of the law is to use it to protect the health of the citizens of the country and to protect against the negative consequences of inhaling cigarette smoke. According to statistical studies, a very high mortality rate is precisely due to this addiction. However, not only smokers suffer from smoking, but also the people who surround them.

List of places where smoking is prohibited by law

Prohibited smoking areas may be determined at the discretion of the owner of the land or premises.

If desired, the owner can equip himself with a special place that will be intended for smoking. It may be outdoors or it may be indoors. In the second case, it will be necessary to take care of installing a ventilation system. The law defines special requirements for these places: in a room where smoking is prohibited, it is necessary to install a special sign, which will show a crossed-out cigarette in a circle.

In most countries, tougher measures to combat smoking have been put in place for a long time. At the first stage, each country implements measures to ban smoking in crowded places. In almost every country, a significant fine is imposed on the violator for non-compliance with this law.

In America, when smoking one cigarette in the wrong place, the violator will have to pay an impressive fine. In the UK, this amount is even higher. In Greece, they are also actively fighting this addiction, for smoking in the wrong place there a fine is imposed. In Japan, the fight against smoking is on a huge scale, there is even a certain list of streets where smoking is completely prohibited. 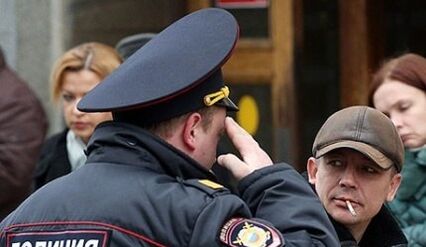 The list of places in all countries where smoking is prohibited is almost the same. However, having arrived in a foreign country, it is still better to familiarize yourself with its laws separately. Smoking areas are usually marked everywhere with certain signs. Some countries even take measures to limit the sale of cigarettes. The most non-smoking country is the Vatican. Since 2002, smoking has been completely banned there.

Most countries have focused their efforts not only on identifying no-smoking areas, but also on promoting healthy lifestyles. The definition of no-go areas is humiliating for many smokers as they now have to hide and go to places where smoking is possible. A person begins to feel a little outcast and, over time, is less and less looking for places where you can smoke. With a favorable environment, all this leads to the fact that a person quits smoking.

Since the adoption of the law, the statistical indicators have already improved significantly. Not only did the level of sales of tobacco products decrease, but positive changes in the birth rate began to be observed, the number of pathologies in newborns decreased. For the better, statistics on mortality from lung and throat cancer have changed. This bad habit is a powerful weapon of mass destruction that claims more lives per year than any war that has taken place on the planet.

The state is currently trying not only to restrict smoking areas, to make cigarettes a luxury item (gradually increasing their cost), but is also actively fighting the propaganda of cigarettes in the media. It is not so often you see people smoking on TV screens and in movies.