What changes occur in the body during smoking cessation

Everyone knows about the harmful effects of cigarettes, but not all are about the mechanisms of recovery and return to life without a bad habit. It is the understanding of all the processes taking place in the body that can serve as additional motivation while fighting nicotine addiction. Let's consider how it happens and what entails giving up cigarettes and what to do to make it as comfortable as possible to break up with addiction.

What happens to the body when you quit smoking?

Stopping smoking before the onset of irreversible pathological processes, a person can, albeit for a long time, restore his own health. Full recovery of the body even after a short but regular use of tobacco products takes 5 to 10 years. However, the first signs of improvement in its performance can be seen after a few days. 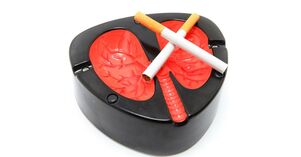 To do this, it is worth trying to record on paper all the sensations that occur during quitting smoking. By keeping a diary of quitting smoking every day, you can be sure of all the changes that occur daily. It is also a way to create good motivation for yourself, celebrating every local success in this difficult endeavor.

Next, we will tell you more specifically how all organs and systems are restored.

How does the state of internal organs change?

Complete cessation of smoking has a beneficial effect on the human body, but not all changes can be seen with the naked eye. Let's see some of them:

This is only the main part of what happens after quitting smoking, because almost all organs of a smoker recover from the influence of toxins and carcinogens contained in tobacco smoke.

External changes in the body after quitting smoking

Women are most interested in what happens when you quit smoking with your appearance. We hasten to answer that life without cigarettes will bring only positive changes to your appearance. Visual improvements can be seen within 4-6 weeks. First of all, the complexion becomes healthier, the grayish tint goes away due to the fact that toxins no longer enter the body and the blood is saturated with oxygen. 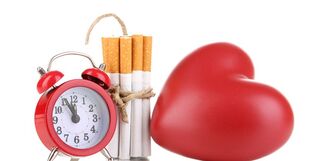 The teeth become noticeably whiter without being influenced by the tar contained in tobacco products. The yellowish tinge that accompanies every smoker disappears from the fingers.

After 6 months, women notice the strengthening of hair follicles and, as a result, a decrease in hair loss, an improvement in their appearance. Without exposure to tar and toxins, the body's skin is improved thanks to the natural production of collagen, which is no longer blocked by smoking.

Quit smoking: what happens in the body of a man and a woman

Human reproductive function suffers from smoking no less than the cardiovascular system or lungs. But the timely termination of the intake of toxic substances contained in cigarettes will preserve women's and men's health. So, women, in addition to general improvements, can observe the following changes in the body after quitting smoking:

For men, parting with a bad habit will improve their sexual function. This applies not only to increasing potency, increasing the duration of sexual intercourse, but also the ability to reproduce healthy offspring.

The most common negative consequences of smoking cessation

Most people who have tried to overcome their own nicotine addiction, first of all, note not positive, but rather negative changes. This is not surprising, because from the cessation of the intake of nicotine in a person, a withdrawal syndrome occurs - a kind of withdrawal. In order to know what to prepare for, consider what happens after quitting smoking:

All these symptoms can be minimized by giving your body support.

How to maintain immunity in the body?

The immune system immediately reacts to changes associated with the cessation of nicotine intake, and most often in the initial stages this reaction is the opposite of the expected one. So often there are arguments that I have not been smoking for a month, and that I have become sick much more often than during smoking. Former smokers become more susceptible to various viruses and easily pick up any of them, this is associated with the restructuring of the body. Therefore, measures should be taken to strengthen the immune system. So, in the process of quitting tobacco products, doctors advise taking multivitamin complexes in which all the necessary vitamins and minerals are balanced. 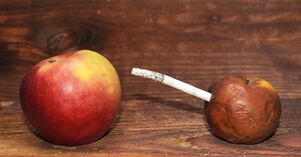 In addition, traditional medicine recipes will not be superfluous in this case. Echinacea tincture, ginseng, green tea with honey and lemon will be a useful helper.

Please note that it is not recommended to resort to medications when parting with a bad habit.

How to help the lungs?

It is the lungs and bronchi that are especially affected by tobacco smoke, so it is worth helping them to clear thick sputum as soon as possible. To do this, you should consume a large amount of liquid. Plain still water is ideal. Also, attention must be paid to the humidity in the house. Dry air is known to inhibit productive coughing, thereby slowing down the cleansing process.

Herbs and syrups based on them are a good alternative to synthetic mucolytics. A budgetary and effective option is licorice root syrup. You can also use herbal mixtures of lungwort, horsetail, plantain, elecampane and elderberry in the form of tea. Thus, during quitting smoking, changes in the body, namely the organs of the respiratory system, will proceed with minimal discomfort.

How to overcome the nervous system disorders associated with breaking a bad habit in the first month?

The greatest number of negative reactions that a former smoker feels on himself falls on the nervous system. So, almost every person notes a depressed, and in some cases even a depressive state. If you consider what happens when you quit smoking every day, then it is the nervous system that suffers more than others at the initial stage.

As we noted above, taking medications at the time of quitting cigarettes is highly undesirable, but this rule does not apply to sedatives, which can effectively deal with increased mental stress. However, medication should only be used as directed by a doctor. 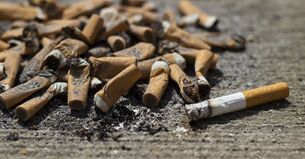 Herbal aficionados should brew soothing herbs such as motherwort, mint, and valerian as a tea or take in tablet form.

What can be done to prevent smoking cessation from gaining weight?

Particular attention should be paid to diet so that changes after stopping smoking do not affect body weight. Weight gain is a consequence of increased appetite and, if you do not take this issue seriously, you can greatly gain weight. Often this very fact scares women who smoke, forcing them to abandon the idea of ​​quitting a bad habit.

A diet rich in fruits and vegetables should be included in the diet during the withdrawal period. Fiber is excellent at suppressing hunger, and will allow you to feel full for a long time. You should also exclude the use of spicy and fatty foods, and also be careful with desserts and pastries. The same can be said about lollipops and seeds, which are becoming a substitute for cigarettes for many. They should prefer apples, carrots, or a glass of clean water.

What happens when you quit smoking every day?

A person can feel the first results of the fight against addiction in the first days. Moreover, it is during this period that the most pronounced are precisely the negative reactions, which, like positive ones, should be entered into the smoker's diary (if any) in order to get a general picture, strengthen the spirit and understand what has already been passed through and not broken. So, what is the risk of quitting smoking by day:

At the same time, the pulse and pressure stabilize, the risk of heart attack decreases, the sense of smell improves, and the organs are saturated with oxygen.

Changes in the body after quitting smoking, which occur in a month, a year

For a person who quit smoking, the effects on the body every day are just the beginning of a long road of recovery, lasting several years. However, it is the first year that is the most productive, because it is during this period that the maximum number of changes occurs, which are reflected not only on the appearance, but also on the general condition of the former smoker:

At this stage, we can safely say that the dependency is gone.

What is the best way to throw sharply or gradually?

This is the question that most often arises among smokers with various experience. There is an opinion that it is worth fighting addiction based on the duration of your own addiction. However, most doctors are of the opinion that phasing out tobacco smoking will not bring a positive result. The smoker's habit, thus, does not go away, and the body continues to demand nicotine. Therefore, the best solution would be a complete and decisive rejection of tobacco products. Despite the fact that the smoker along the way will face the difficulties that we described above, in the end result he will preserve the most valuable thing - health. 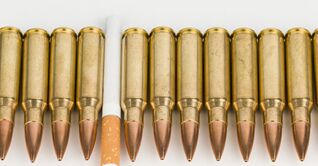 But there are some cases when it does not work out abruptly to part with the addiction. This applies to heavy smokers who consume an average of 1. 5-2 packs per day. In this it is worth trying to methodically reduce the amount smoked until it stops completely within a month.

As you can see, there will be many obstacles on the path to a healthy, nicotine-free life. The main thing is to understand that they are all temporary, and set yourself up for the fact that these temporary difficulties will not allow you to retreat before the main goal - to become independent from nicotine.