How to properly smoke and hold a cigarette: smoker etiquette

Even the ubiquitous health promotion today cannot reduce the number of people who smoke. But most of them are completely unaware that they do not smoke quite according to the rules, thereby harming themselves. Improper smoking is more harmful to the body. 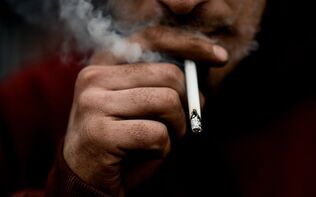 It would seem, what difficulties can arise while smoking?

Just take a cigarette, light it, hold it in your lips, and then inhale. In reality, however, everything is somewhat more complicated, in the process of smoking there are also some rules and features that should be taken into account. If you follow them, you can slightly reduce the damage to your body. In this article, you will learn how to properly hold and smoke a cigarette.